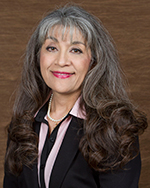 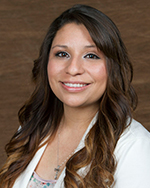 Krystle has been employed with The Law offices of Rick DeHoyos, PLLC since 2013. She is a graduate of Central High School and also a graduate from Angelo State University, in which she received a Bachelor’s of Arts degree in Government and is scheduled to obtain a masters degree in Applied Psychology in August 2016. Krystle is a legal assistant, handling criminal, family law and personal injury cases. She has received an adjuster’s license, making her a qualified all lines adjuster. She is involved in Church ministries such as choir, Cursillo, ACTS, and is a proud mother of one son. She enjoys playing piano, guitar, and spending time with her son. 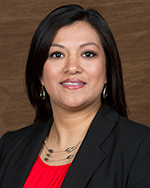 Estella S. Fitchett has been employed with The Law offices of Rick DeHoyos, PLLC since 2013. She was employed by the Head Start Program for 13 years before joining Rick DeHoyos Law Firm. Estella is a legal assistant handling personal injury cases. She is a licensed all lines adjuster. She is a graduate of Eldorado High School. She then graduated with honors from Howard College with an Associate’s Degree in Applied Science and Certificate in Early Childhood. She is active with St. Mary’s church, a mother of four children, step mother of two, and wife to Retired Sgt. Jessie Fitchett. Estella enjoys being active with her church community, and spending time with family and friends. 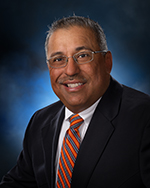 Jessie Fitchett serves as our firm’s investigator. He brings a wealth of experience and education to the role, as well as a lifelong commitment to integrity and service.

Jessie graduated from San Angelo Central High School before beginning his military service in 1989. During his first decade of service, he was deployed for Desert Storm. He took a break from service in 1999 to further his education in law enforcement. First, he received police academy training earning his peace officer certification from the Council on Law Enforcement Education and Training from the State of Oklahoma. He then received his Bachelor’s Degree in Criminal Justice from Southeastern Oklahoma State University in 2003.

In 2008, he re-enlisted in the National Guard to fight the war on terrorism, but he sustained an injury while training for deployment to the Iraqi war. This would eventually resurface and cause his medical retirement in 2013.

Fitchett has continued to add educational hours in law enforcement,  and in 2018 Jessie received his Private Security Management license.

Jessie and his wife Estella have six children and three grandchildren between them. He is active with St. Mary’s Church and the San Angelo YMCA. He loves spending his free time with his grand kids and golfing. 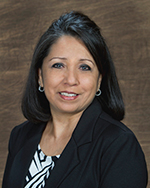 Yolanda has over 20 years of experience in litigation and has worked for several law firms that engage in general practice. Her experience is focused in family law cases and general civil cases. She has also worked on Federal criminal cases. She is now a litigation assistant. She is a proud mother of two beautiful daughters, Rebecca and Jackie, and she also has one beautiful granddaughter, Anisa. She enjoys going to the movies, traveling, shopping and spending time with her granddaughter.

Injured in an Accident? Get a Free Case Review.

The Law Offices of Rick Dehoyos - Copyright 2023 All Rights Reserved.

Spanish
Back To Top
×